What Will Become of Firstenburg Philanthropy?

Few people have dominated Clark County’s community life as deeply over such a long period of time as the late E.W. Firstenburg, who turned a rural bank he purchased in 1936 into the one of the county’s largest local banks and who, with his wife, Mary, donated millions for civic projects.

But E.W. Firstenburg passed away last year, and now his heirs, who own First Independent, have struck a deal to sell the institution to Sterling Savings Bank of Spokane. Community organizations on Monday responded by offering thanks to the Firstenburgs, while holding out hope that Sterling will at least partly fill the philanthropic void from the loss of First Independent.

“We’re hopeful that (Sterling) bank will continue in the spirit of the Firstenburg family in being a supporter of this community and its philanthropic sector,” said Jean Rahn, executive director of PeaceHealth Southwest Medical Center Foundation.

In addition to the Firstenburg family’s donations, Rahn said First Independent Bank donated volunteer time and cash to the foundation’s fundraisers, such as its annual Pink Power event to raise money for the hospital’s Kearney Breast Center.

“The bank has also supported continuing education scholarships for our nursing staff,” Rahn said. “They have been a wonderful corporate supporter.”

Richard Melching, president of the Community Foundation for Southwest Washington, said it remains to be seen whether Sterling Savings will maintain the level of charitable donations handed out by First Independent and the Firstenburg family.

“Is this a cause for concern? Yes, it appears it could be,” Melching said. “But, Sterling does seem to want to have a local presence.”

He said the Firstenburg name represents more than $20 million in community contributions over the past decade alone. Bank founders donated money for everything from a $15 million patient tower at PeaceHealth Southwest Medical Center to a $1.1 million Firstenburg Student Commons building, which opened in 2005 at the Salmon Creek campus of Washington State University Vancouver.

Record of giving
All banks boast about community donations and volunteer hours, and Sterling is no exception.

The Firstenburg presence won’t disappear entirely, either in banking or philanthropy. Jeanne Firstenburg will be Sterling’s marketing president for Southwest Washington, and the Firstenburg Foundation will grow as a source of charitable giving. The foundation’s funding base will increase with additional assets from E.W. Firstenburg’s estate once the estate is settled, said Stacey Graham, First Independent’s executive vice president and chief strategy officer.

Editor’s note: This story has been modified to reflect a correction. Jeanne Firstenburg’s title for Sterling will be marketing president for Southwest Washington.

View The article posted in the Columbian at: https://www.columbian.com/news/2011/nov/07/what-will-become-of-firstenburg-philanthropy/

©  2021 The Firstenburg Foundation. All rights reserved. 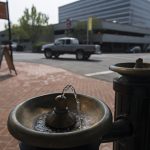